The sculptor of Guimiliau was a happy man. He created numerous portraits and masques with radiant smiles in Kersanton stone.

This portrait, on the tympanum of the porch, has been christened the Mona Lisa of Guimiliau. She surprises visitors with the mischief deep in her eyes, her dimpled cheeks, her jutting bust and her light beguiling smile. 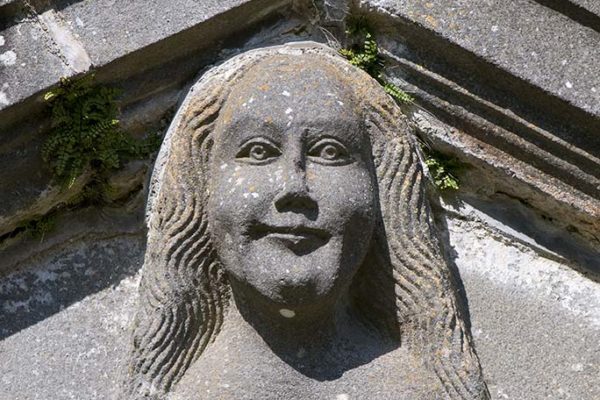 The Mona Lisa of Guimiliau

One statue at La Martyre is particularly well-known : the ‘bandaged’ Caryatid. This female, with her body bound by strips of cloth, takes the place of a column supporting a console.

The femininity of this portrait is emphasised by her wavy hair, pearl necklace and firm proud chest enhanced by delicate breasts. This statue represents the temptress, a diabolic air 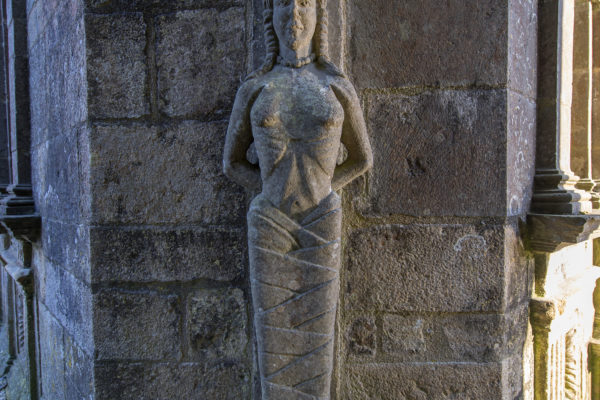 At Guimiliau, sculptures of the first sinners can be seen on the church porch. Eve is leaning slightly forward and has the hint of a smile at the thought of biting into the apples she holds in her hands.

Adam seems to turn away from her, but he signals the transgression with a raised hand. Between the two figures is a serpent, stretching towards Eve to tempt her. 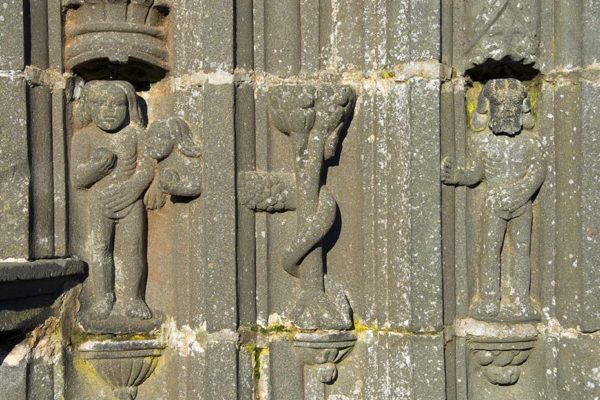 The life of saint Mélar was a real soap opera on the lines of Plus Belle La Vie (a popular series on French TV). His uncle, who had already killed Mélar’s father to seize his kingdom, had the boy’s right hand and left foot cut off.

The angels came and gave him a bronze foot and a silver hand which grew naturally as he did. The young man, having withdrawn to a hermitage at Lanmeur, was found by his uncle and then decapitated. According to legend, under his tomb flows a river which will one day flood the entire earth. 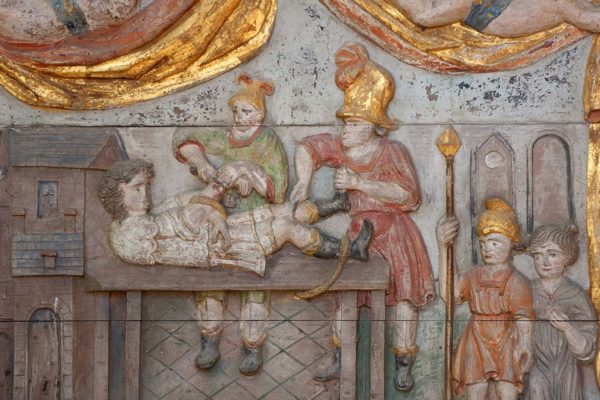 The figure of Ankou, a skelton usually armed with an arrow or a scythe, is an important character in the world of Breton legends. He is often present on churches and ossuaries and features in stories and legends. The clergy may have liked to see him in terrifying form, but the people accorded him a more familiar dimension. 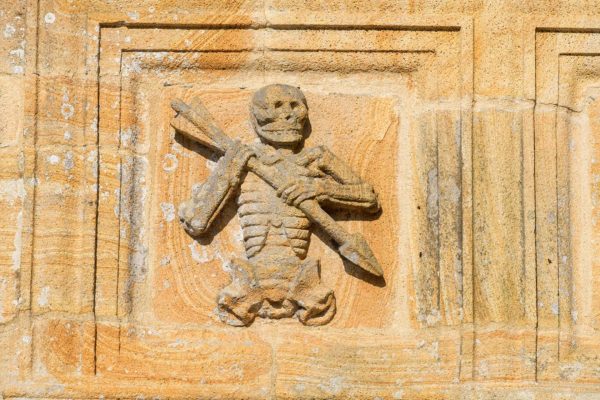 It was a poor man originally from this hamlet who brought back the finger of saint John the Baptist in 1437. Word spread that those with eye problems were cured by the simple touch of this relic. So many came that finally a sacred spring was created, its water acquiring the same power after the miraculous finger was dipped in it. Duchess Anne herself came here on pilgrimage in 1505. 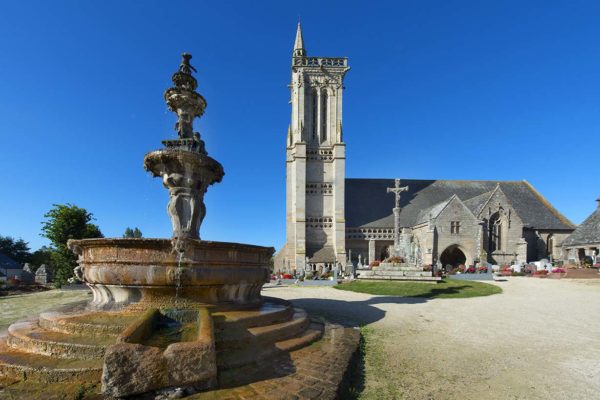