It all began in 1573. In uncertain circumstances, a pilgrimage in honour of the Virgin Mary developed on the site of an ancient chapel dependent on the parish of Plouzévédé. Soon the faithful converged here from all over Léon. A decision was taken to build a large chapel and to surround it with an enclosure. And so came about an association that was to prove decisive for the religious art of the whole region.

A short distance away, a group of excellent craftsmen were building the chateau of Kerjean (Saint Vougay) at that time, in the new style of the French “second Renaissance”, that of the Louvre, the Tuileries and Fontainebleau. Berven asked for the services of these artists of Kerjean, giving them the opportunity to adapt their designs to a completely different context, the parish close.

For the entrance gateway they proposed a triumphal arch in classical style, perfectly proportioned : this form would soon be imitated, notably at Sizun. For the bell-tower they thought simply of a dome topped by ornamental stone lanterns, conforming to models from the Loire valley. The inhabitants, however, kept to the idea of the local model of an open bell-chamber. The combination produced the Breton-style “openwork bell-tower” in a Renaissance version. Rapidly imitated at Roscoff, it went on to multiply all over the region right up to the beginning of the 20th century !

Built without interruption – a rare occurrence – the construction of Berven was completed in record time (seven years). The close does not have an ossuary but it includes an exterior oratory and, beyond the main square, a devotional spring. It may not have been technically a parish close in its own right, but it was at the heart of a village rendered very attractive by its pilgrimage and fairs. The interior décor of the chapel is worthy of its architecture, notably with a Tree of Jesse and a remarkable choir of 24 stalls closed in by a chancel. In the south aisle, an altar of St Eloi, patron of blacksmiths, serves to recall that the region has a long history of raising and trading in horses. 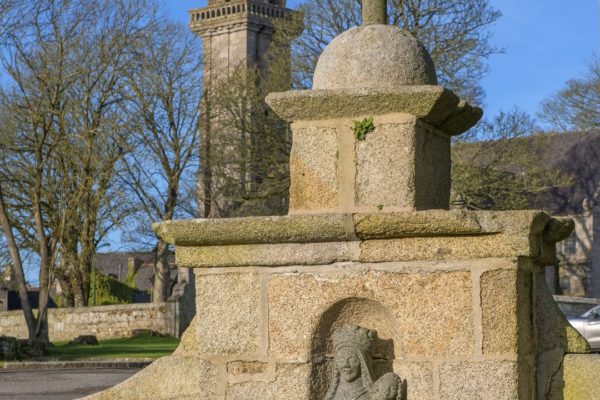 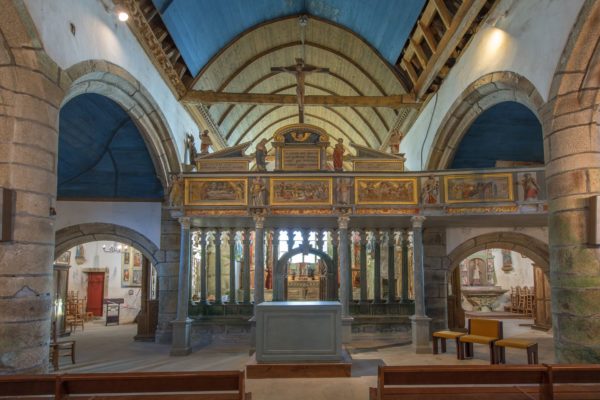