every day from 09.00 to 19.00
On site parking
Restaurant nearby
Disabled access
Toilets

At Guimiliau the opulence generated by the cloth industry manifests itself in the setting of a small village : the entrance of the enclosure is modest, the church is of low elevation and retains its little Gothic bell-tower. Splendour yet still in a context of village simplicity : this is no doubt the key to the allure of the parish close of Saint Miliau.

The splendour derives above all from the great calvary (1581-1588), including some 200 characters pertaining to the life of Christ, from the Annunciation to the Resurrection. Of all its contemporaries, it is definitely the most theatrical : here the Passion is a drama which plays out in the costumes of the time, as in the mystery plays the population took part in at the end of the 16th century.

A preacher could get up on the platform to comment on the different scenes. And at the foot, the inhabitants placed their donations, essential for financing the work. Splendour is also apparent in the great porch (1606-1617) which is almost as high as the church. The little comic scenes around the central arch and the double row of Apostles are taken from Gothic models (Pencran, Landivisiau). But Guimiliau encases them in Renaissance decoration (columns, pediments, ornamental stone lanterns) taken here to a very high level of quality, thanks to the almost total use of kersanton and the talent of two master-craftsmen : the (anonymous) creator of the calvary of Plougastel-Daoulas, and Roland Doré. Set against the porch is the original ossuary ; a second, with an exterior pulpit, was added in a corner of the close (1648).

Splendour is there again in the luxurious round sacristy (1683). And finally also in the exceptional quality of the furniture of the church, which sometimes can hardly fit under the ceiling panels : baptismal fonts, the organ case and loft, the pulpit and altarpieces. The finesse of the sculpture, the brilliance of the colours, the tones of the Baroque organ speak of a Brittany at its zenith at the beginning of the reign of Louis XIV, a king celebrated at Guimiliau in the guise of Saint Louis or Alexander. 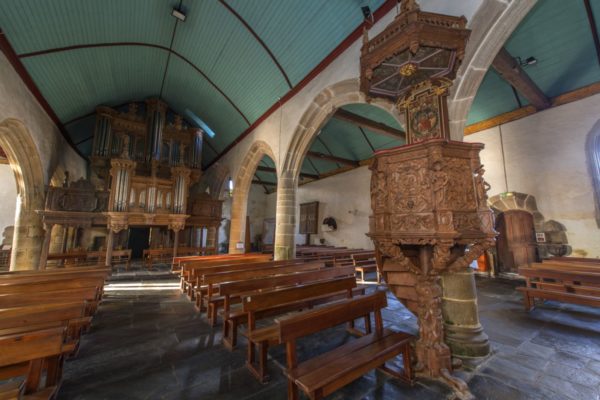 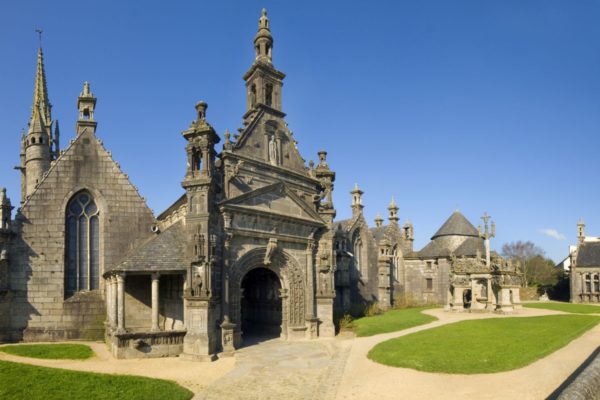 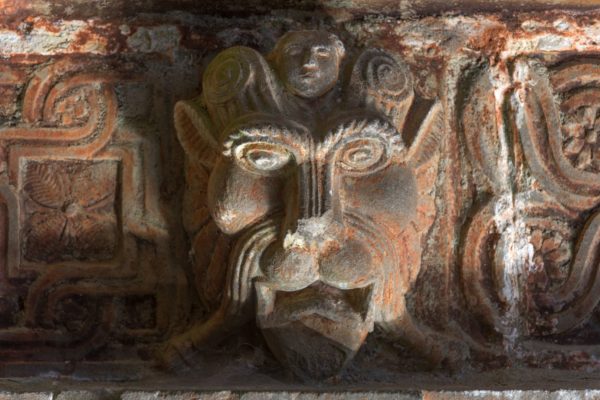